William M. Crouch is a published film analyst, screenwriter, and award-winning producer and director.  He grew up in Pittsburgh, PA where he developed an interest in filmmaking and visual storytelling at a young age and pursued those interests into his undergraduate work at Point Park University.  There, he studied digital filmmaking with a focus in directing techniques and an interest in editing strategies.  He had the opportunity to make a number of student films in various roles, culminating in writing, producing, and directing his thesis film, Revolution Cry.

In the years following his undergraduate work, “Matt” found a niche in film analysis, frequently writing reviews and essays about various qualities of new and favorite films.  As this interest in film criticism and theory continued to grow and develop, he decided to further advance his critical understanding of film by pursuing graduate studies at Savannah College of Art and Design.  He quickly completed coursework and his thesis, graduating in 2017 with a Master of Arts in Cinema Studies with a 4.0 GPA.

Since graduating, he has continued his pursuits in the world of cinematic academia by writing scholarly essays and speaking at conferences.  He has also had his analytic writings and essays published, most recently his essay “Guillermo del Toro’s Home for Horrified Orphans” in Horror Comes Home.  He also served as a creative consultant on the award-winning short film Rumination.  In January of 2019, he formally registered LT4 Productions with the state of Kentucky as an organized LLC to further his filmmaking and consulting ventures.  In March of that same year, he finalized the screenplay for Fatherless, the first short film produced by LT4 Productions.  He directed this film, releasing it in 2020.  The film has won awards for Acting, Directing, and Best Short. 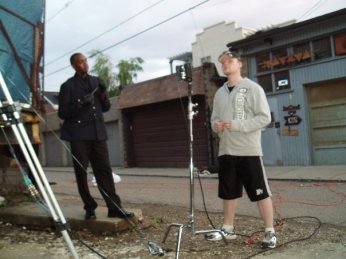